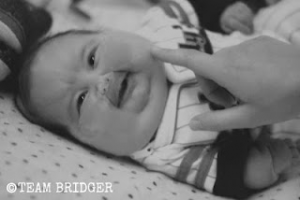 After 7 months of bed-rest, large amounts of hydrotherapy + herbal remedies (in hope for that which was deemed impossible), and many uncomfortable doctor’s appointments our little guy decided he was ready to be born (via c-section + 6 weeks early) on November 8th, 2011. His name is Bridger David.
We knew from very early on in our pregnancy our precious boy only had one kidney. He had little to no fluid the entire pregnancy, but did just what he was supposed to with the little amount that he had by keeping it in his mouth to develop his lungs. We discovered at birth that his one kidney was nonfunctional. We were sent to Phoenix Children’s Hospital where we began dialysis and the long journey toward our perfect boy eventually receiving a kidney from either me or my husband.
Our strong and courageous boy did very well on dialysis. He surprised every great doctor and proved to every unfaithful doctor that the word never- should never be used!
We were told we wouldn’t make it to 34 weeks in pregnancy (which is what is required for dialysis to even be an option). We made it to 34 weeks and 4 days. We hit the 34 week mark on my Birthday; it was the best gift I have ever received- besides Bridger himself.
We were told he wouldn’t make it out of the delivery room. He did.
We were told he would never get off oxygen. He did.
We were told he wouldn’t stop leaking from his dialysis entry site. He did.
We were told that we would never see him smile. He LAUGHED with us!
He set out to fulfill a purpose…a perfect purpose. He knew what he wanted to do and he never let the ignorant nor the unfaithful stop him. He did not need approval, he already knew just right who he was and exactly how we felt about him as our son, and most importantly how God felt about him as His son. He is nothing less than a miracle- he is Our Little Miracle…
He beat every odd that was ever placed before him, and he did it quietly, courageously, and with a very contagious smile on his face…

On March, 8th, 2012 Our Little Miracle was unexpectedly and peacefully called to heaven, but he waited until he was in my arms, and holding his Daddy’s fingers. These were the most spiritual and heartbreaking moments of my life. My husband and I were fortunate to be surrounded by great nurses and doctors that day who we already considered family. Many of our close friends (some of which are Bridger’s nurses) came to sit with us during those dark hours following his passing, and our great family headed into town at a moment’s notice.
Bridger touched more lives than we will ever know, and he will continue to do so with this foundation. He humbly taught others the meaning of strength and courage (which he emulated his entire life on earth), inspired all who knew him to rise above adversity, helped many believe in miracles, and showed us by example what it means to know your purpose and joyfully fulfill it.
He is the soul center of our universe. We believe in him, we know he is with us, and we know he will always be our perfect little miracle boy for all of eternity. We will continue to fight for him and fight for others, and we will shower him and his name with faith and love every step of the way.
All my hope, love, and support,
A. Baer, Mommy of The Little Miracle 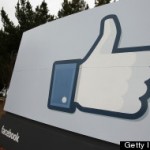