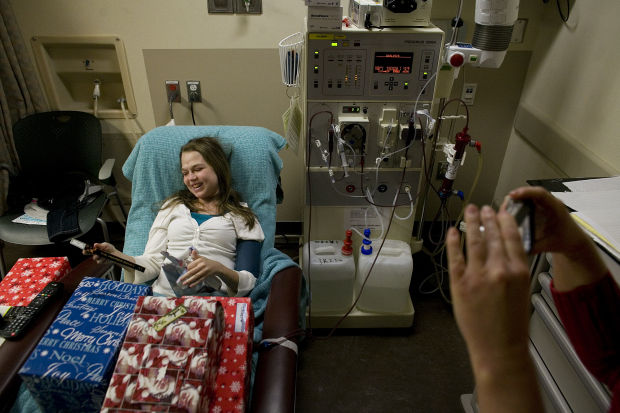 Students work feverishly to raise money for good cause

OREM — Realtor Jimmy Rex has a goal sheet that is nothing short of miraculous should he achieve them all — taking a trip to outer space, making a hole in one, saving a life, having a pet penguin, becoming a seminary teacher. The list is extensive.

Rex is achieving something on the extraordinary list that is putting the miracle of Christmas back in the holiday for many children in Utah – by beginning and establishing a charitable foundation.

With $31,000 raised from a silent auction, he and the Rex Realty Team delivered gifts for 193 children and, through a children’s wish foundation, sent a family of nine to Disneyland.

Rex calls it a team, but that team is more like an army, with 150 volunteers striving to do good for kids in the community.

The third year he has organized a charity auction, Rex said this has been their biggest year ever.

“We did a Sub for Santa event this year. This is the third year we did it, and we were able to donate gifts to 193 different kids,” Rex said.

To raise the funding, the Rex Realty Team hosted a silent auction event at the Jump Gym in Orem.

“We had about a 143 people from around the community donate something that we auctioned off,” he said.

The following year was bigger and better, with big names like BYU athletes Cody Hoffman and Brandon Davies. They raised nearly double the total from the first year.

“The reason why we switched it was because I didn’t think we could do better than we did last year,” he said.

Instead, they had a silent auction for a house in Detroit, a timeshare for a houseboat, Blentec blenders, BYU items, spa treatments, firearms and more.

“We had 140 items total, we had kayaks …” he said and then heaved a big sigh. Rex had teams of his army shopping in shifts for kids. Volunteers were also there for wrapping and delivering the presents.

“We really have involved a lot of people. Total man hours, I don’t even want to know,” he said sounding exhausted.

“Just so many people helped. Just one after another stepped up to help out,” he said.

There are also children at the University of Utah Hospital waiting for a kidney transplant that benefit from the Rex Realty Team. The team delivered gifts to the children Monday.

It’s the end result, the joy and the surprise seen on a child’s face that is important to Rex.

“To see that side of it that is what inspires you to want to do it again,” Rex said. “You watch the effect it actually has when they get their presents and the people who really need it, makes it pretty easy to do.”

And while the foundation isn’t registered yet as a 401, there is a side benefit for the Realtor that keeps him going towards that goal.

“As a single guy, it’s easy to feel sorry for yourself around this time of year. It’s just a good way to lose yourself and help other people,” he said.Utah Realtor gives Christmas to sick Utah kids.

Creating a functioning kidney from a 3D printer; Science Fiction or Reality... Sydney the Kidney Gearing up for March is Kidney Month.
Scroll to top