I grew up around car people.  My Dad ran hod rods through the orange groves of Riverside California with buddies, the likes of NASCAR’s Dan Gurney and preceded by the legend of Mickey Thompson out near Laguna Beach.  I grew up surrounded by all those old timey southern California car guys.  They told high school stories of souped up jalopies, drag races, submarine races, Levi’s and duck tails.  The smell of Ethanol and Nitro bring literal and figurative tears to my eyes remembering my own youthful days spent at road races, the Baja 500/1000 and the speedways.  When my Dad passed away in 2006 we had to 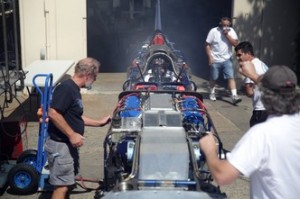 clean out the house.  We had an 1800 Sq. Ft. 6 car garage and 3 sheds.  They were filled with transmissions, engines, engine stands, heavy duty floor jacks, parts and parts and parts, tools  that had first belonged to his father, and later to him.

I knew the ‘estate’ sale we were to hold would bring a special crowd of friends and acquaintances coming to solemnly relieve us of things they had coveted — his “baby grand’ a mini race car with a Hayabusa engine, the road racers (class 4), Baja Bugs (class 5), his the 4 wheelers we’d ridden from San Felipe to Mulege in Baja and hand welded dune buggies I’d ridden in since I was 3.  This on top of all his cars (Mercedez 350 D, Datsun mini truck, Toyota T100, Ford Ranchero, Porche 911, and two VW Siroccos).

Of course I donated most of the older cars to the National Kidney Foundation’s Kidney Cars program for a tax deduction (www.kidneycars.org or www.towKars.org in Utah & Idaho). The towing was free, and we got tax deductions on the donations.  But the rest, we sold.

Coming up on this time of year in Utah makes me think of him.  We used to take trips outside of Salt Lake City, Utah with his buds for “speed week”  to watch the spectacle races races on the Utah Salt Flats (Bonneville).  This week the son of Micky Thompson (who broke 400 mph in 1960) will attempt a record breaking 436 MPH+.  Word is, his Dad never wanted him racing –worried he’d die in a crash. 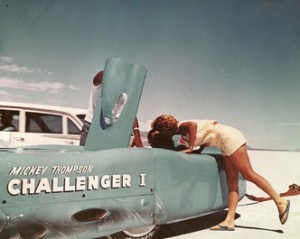 All I can say is, I know what it’s like to have a Dad whose memory leaves you a  legacy you’re willing to lose your life chasing after just to feel close to them.  Good luck Danny!  I hope the Utah Salt Flats dry out soon.  Let us know if you need Kidney Cars car donation of Utah and Idaho to come out and tow away any junkers left behind!  But I know better than anyone — old race cars never die they just go round and round.  — Luz Lewis 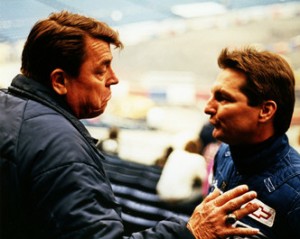